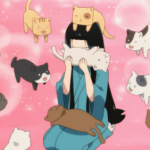 I read the message you sent on my talk page. I definitely support the idea of the new LEGO City Undercover theme. However, I need you to send me an image of the workmark before I can approve. --MLG NEO-FUTURIST , (Talk) 00:35, January 20, 2017 (UTC)

The LEGO events you listed are conventions by fans, they aren't created or endorsed by The LEGO Group. Those would be appropriate for being on a Talk Page under the 2017 page, or they could be on a Forum or Blog. The 2017 page is only for official LEGO releases. --MLG NEO-FUTURIST , (Talk) 00:47, January 27, 2017 (UTC)

Hello there, i'm responding to your message to two of the inactive Admins here. In future, I am the most active staff member here at the moment. I think that you have a great idea, thanks.

Retrieved from "https://brickipedia.fandom.com/wiki/User_talk:Thereselovesyou?oldid=1846946"
Community content is available under CC-BY-SA unless otherwise noted.