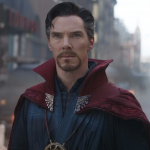 aka Trail Blazer 🔥 or Doctor Blase

I'm not sure how to create images for custom minifigures. (User:Trailblazer101)

Upload an image into the infobox, where it says "image". A custom minifigure can be created from minifigure pieces, created on LEGO Digital Designer, or drawn.

Before you put me in the game, ask me first. I am flattered that someone wants to use me in hes game, but please don't without talking with me about it. I request you remove me and my character that i made from your game. Xsizter (talk) 15:20, April 22, 2016 (UTC)

Hello. Please do not categorize your custom pages with a category such as "Trailblazer101's Customs". These types of categories are not allowed on Brickipedia. I have deleted the category, so please do not do it again. --LEGOBennyBrick3 (talk) 12:37, April 30, 2016 (UTC)

Please use your own custom images. Remove User:VesperalLight's character token image from your customs unless he gave you permission. Also, you do not have the right to add the tag "Acceptable Customs" to any of your customs. Besides, they shouldn't have that tag because they aren't acceptable customs because they don't have any of your own custom images.

Additionally, do not remove the tag for "CustomNoImage". If you want it removed, then add a custom image of your own. Please start following the custom rules. Please read this over before editing any more customs. http://lego.wikia.com/wiki/Brickipedia:Customs/Manual_of_Requirements Thank you. --LEGOBennyBrick3 (talk) 14:12, April 30, 2016 (UTC)

I'm sorry but that image you put in the infobox won't even work. A custom image means you made the image yourself. For a custom video game you can create your own cover or make custom minifigures. To do this you can use your own physical LEGO, the LDD (LEGO Digital Designer), or you can draw it. For now, the "CustomNoImage" tag remains in place. --LEGOBennyBrick3 (talk) 16:51, April 30, 2016 (UTC)

Hey, in your Lego Batman Movie Videogame page. Shouldn't it be "PLay as Batman, Robin, Batgirl, and Alfred? Because he had a pretty huge role in the movie martin mcfly (talk) 19:43, February 20, 2017 (UTC)

So here are my ideas... Ill post abilities later...

Hello, just a quick reminder that all images uploaded here should be posted to an article within an hour or they will be deleted by the staff team.

There is no rule against adding transparent images for characters. In fact if done good it is better. The one you removed however, was not done that good so the removal was fine.--Toa Matau Destiny 17:53, May 27, 2017 (UTC)

No, but you can apply here: http://lego.wikia.com/wiki/Brickipedia:Quality_Check_Group/Requests?useskin=oasis--Toa Matau Destiny 12:21, July 5, 2017 (UTC)

Hi, I have deemed that the Unikitty! page does not need to be on the wiki so I deleted it. Am I right in thinking that no LEGO sets will be released relating to this show? If so, please don't make any connected pages.

Sorry, the above message was a mistake I made, the page was restored. It was also from me, I must have forgot to sign it.

Sure. But don't forget to credit ;)

Post by: Victor Green TrailBlazer, sorry I couldn't answer your souce thing for LEGO Gwen Pool, I didn't know we could look through a page's history.

I'd like to see specific evidence of the confirmations of the characters I removed from the LEGO Marvel 2 page.

The user has been warned. I reckon it was probably a recent vandal you tipped me off about (I didn't get chance to say thanks for that, so thanks). Drop me a message if it happens again.

The vandals have been warned: let me know if there is any more trouble.

Hi, I’m sure you’ll appreciate that there is little I can do to stop people vandalising other than reverting the vandalism and IP blocking the perpetrators. I have placed a lock on your custom so that new users can’t edit it.

Trailblazer. Your Custom Lego Batman Movie Videogame is so amazing it’s the best custom I seen so far. I am working on a custom Lego DC Game and may I use some of your characters like Clan of the cave Batman, gentlemen ghost, and fire starter robin. May I use those characters in my custom although it’s in your custom, Yes or No?

Those characters were not mine. They are real characters made by LEGO, so you don't need my permission. I am also flattered that you like my custom. Trailblazer101 🔥 (talk • contribs) 23:03, November 19, 2018 (UTC)

Trailblazer. I’m makin a custom. Should Deathstroke be in a DLC Called the Teen Titans Go DLC or should he be in the story mode like not a DLC.

Can we be friends

Check out my custom called Lego DC Superheroes: Rage Of The multiverse. Tell me if it’s good or bad. It’s in the recent wiki activity list

Thanks. I’ve dealt with him now.

hi, trail. you know, toa isn't active by now, besides, your custom was not deleted, buddy. i've sorta "undeleted" your custom, so enjoy editing it.