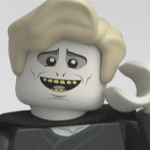 I realize your not moving, but most of your edits are minor edits, please state them as such (you can use the box in the top right corner). Soupperson1 Brickimediaz (take away the z) this is not an ad :P

Soupperson, please stop now. How could you say things like this? I will never become an admin here, it's not my aim. I'm French and don't contribute a lot with foreign wikis (add interwikis links, discuss about articles, fix little things). I help for the moment the French Wiki LEGO, that's all, as Snowhive with the German wiki. And as CJC95 said, no one use minor edits, neither you Soupperson. For the rest, please read my user page (Edit as I have changed my user page: an invalid hand), but don't bother me again, saying wrong things that you have invented. --Tu-Sais-Qui (talk) 18:40, May 21, 2013 (UTC) PS: I'm not a man, I'm a woman

Hi, I've awarded you the following award for doing the interwiki links

Dear Tu-Sais-Qui, I understand your concerns about Disney Princess figures edits I made today. I always appreciate your kind intervening. My reason for renaming and doubling the pages was that I found it hard to describe different figures representing each character under one title and especially to classify them (e.g. Duplo figure introduced in 2012 and mini-doll introduced in 2014). The categories refer to figures not to characters. When a theme changes so much it is a big problem. I just hope that Brickipedians more experienced than me will help solving this issue.

I choose one option of description, probably a wrong one. I'm very sorry for employing your time to revert my mistake. Just notice that I tried to do it constantly.

A little token of appreciation

Not my problem if "you have never heard of it". See above Legoboy gave a gold brick to have added interwiki links. LEGO Wikis are present in different languages, and interwikis are here for that purpose. --Tu-Sais-Qui (talk) 19:33, January 9, 2014 (UTC)

Retrieved from "https://brickipedia.fandom.com/wiki/User_talk:Tu-Sais-Qui?oldid=1562651"
Community content is available under CC-BY-SA unless otherwise noted.