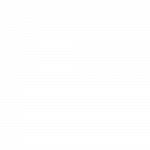 Nice Rc spam :P You could've asked a bot (not ice the non-existent subtle reference to a certain bot) to do it, it would save you the time... - nxt

Dear FB100Z, We have revived many complaints of spam and troll edits from your fellow Brickipedians. A decision has been made with your bureaucrat's and the rest of the Wikia staff. The ban shall take place from tomorrow till when we see necessary. If you wish the protest please leave a message on my talkpage. User:Sanssee

Change of plans...Atom's still being paranoid and does not want more members. I decided that the group was, overall, too immature. I'm founding a team with Allenallenallen333, and MVP. Drew is also joining and we're hoping to get only more mature people. We've got a lot planned out. We'd love to have you on the team as our Javascripter - do you think you could learn to use the Unity interface? If not, we also need someone to create a website, and I assume you are good with that. BF2 Talk 02:23, September 18, 2012 (UTC)

I can't work with Unity itself, but I might be able to help with answering questions. And yeah, I can build a website, although I haven't tried doing that for a long time. Where shall I find your new team? FB100Z • talk • contribs 18:29, September 18, 2012 (UTC)

Well, there's currently myself, Mvp333, Allenallenallen333. I'm going to ask Drew when I see him. http://nexusadventures.wikia.com/index.php?title=Special:Chat&useskin=wikia the LNA chat is the best place to find us. BF2 Talk 19:21, September 18, 2012 (UTC)

Do you think you can make us a site? It needs to be private where you can create an account but only people who are accepted can join. We also need Forums and a chat at some point. So our name is LEGO: Balance of Power. NXT is also on the project, so if you think two people working on the site would help, it would be great if you coordinated with him. BF2 Talk 21:30, September 22, 2012 (UTC)

Retrieved from "https://brickipedia.fandom.com/wiki/User_talk:Vel!?oldid=1634771"
Community content is available under CC-BY-SA unless otherwise noted.