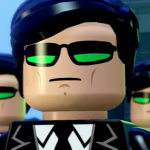 Yo dude I was wondering if you got that custom set finished? by Cam Eron14

Hi, can i ask where did you get those nexo images can you please link me.

I found them here. http://nexo-knights.wikia.com/wiki/Special:NewFiles

You Vesperal what do you think of my custom game? by Cam Eron14

I have some ideas for dimensions for you games! Wanna hear some of them?

I have some ideas for dimensions for you games! Wanna hear some of them?

FNaF, I might add. Robot Chicken, never heard of it. PAW Patrol, no. CN Shows, depending on what ones, yes. Shows like Adventure Time, maybe Ben 10 and some others would be fine. Not Steven Universe, Uncle Grandpa etc. VesperalLight (talk) 21:42, November 5, 2015 (UTC)

Well, I was kinda thinking Mixels, Ed Edd and Eddy, and maybe another time travel franchse: Mr. Peabody and Sherman! As well as Peanuts and Goosebumps to celebrate their success at the box office. ClockwerkSamurai12 (talk) 00:46, October 30, 2015 (UTC)

Mixels would be cool, but I'd have to find a way to make minifigure sized variants or something. Mr Peabody and Sherman would be awesome, maybe a level pack with Mr Peabody + The WAYBAC + Gadget. I have no idea what the gadget could be though. Peanuts and Goosebumps, I'd have to see the movies first. Oh, and please remember to sign your posts. Just type ~ ~ ~ ~ without the spaces, and it puts a signature. VesperalLight (talk) 09:44, November 7, 2015 (UTC)

I am trying to think of a title for my fanmade 4th LEGO Dimensions game; the third one is gonna involve some Disney franchises in it... Anyway, the fourth one will deal with time travel as well as alt timelines. In this case; Classic Batman, with characters based on the 1966 TV series

Anyway, ideas for a name. What about Time Trouble? That's my best name so far.

Ideas for a villain, what about a new villain named Chronos with a time staff that has the abilities to send people back in time?

Thank you! I didn't noticed that I did that. I probably should've checked. -- Spider-Man, | Spider-Man, | Does Whatever A Spider Can!

I need a little help with figuring out the placement of the characters in my custom Lego games, in this case if a character should be in a fun pack, team pack or level packClockwerkSamurai12 (talk) 17:54, December 13, 2015 (UTC)

About the edit you undid to Lego Dimensions

I don't understand why you undid my edit. Since Clara Clayton appeared in Lego Dimensions, she technically qualifies as an NPC. She's even a character-in-peril in the level Once Upon a Time Machine in the West. Please reread my edit summary and make sure you're 100% clear about undoing this edit. Question5 (talk)

There is a wiki called Lego Battle Wiki. I think you would enjoy it. Please check it out. Here is a link: http://legobattle.wikia.com. Thanks

What program do you use for your figures

I use LEGO Digital Designer to make my minifigures, then I use Paint to change the background colour to white. :) VesperalLight (talk) 23:02, March 14, 2016 (UTC)

Could you make more villains to Vesperal Comics? Since I'm adding your theme to Custom:Lego Multiverse, I need some more characters, heroes or villains. Thanks BrownieBunny101 (talk) 03:06, March 15, 2016 (UTC)

Yo dude its been awhile. I saw you on 5 mins and do you think you can get on chat and we can catch up. Its OK if you can't tho. I'm just bored and my other friends won't talk to me. User:Cam Eron14

Hey Vesp. This is something interesting I just found: http://www.sverigesbonder.org/custom-lego-dimensions-2-the-ultimate-mashup-wikia/ It has your name and the title of my LEGO Dimensions custom. Also, if you scroll down you'll see the image from my The Lone Ranger custom game. Strange. That website looks like a mess though. --LEGOBennyBrick3 (talk) 02:16, July 21, 2016 (UTC)

Wanna be in it?

I uploaded the design

So, I was banned on LD wiki by Xsizter cuz i was underaged. Can you tell him to ban Marty too? I mean, you are a moderator.

Hello Vesperal, I am afraid that due to your inactivity, you have been demoted. If you return to the wiki and would like your rights back, then do let me know.

Retrieved from "https://brickipedia.fandom.com/wiki/User_talk:VesperalLight?oldid=1885210"
Community content is available under CC-BY-SA unless otherwise noted.