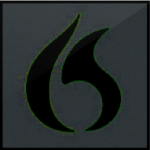 This user is currently: Around

Your status thing should work now. You can edit User:Zaersk/Status legend to insert your own customised statuses. - CJC 22:53, December 28, 2011 (UTC)

Remember to eat before CJC (he gets hungry around now) :D

That's why they call me Crazed Penguin :D

lol, I see Brickipedia as an Iceberg with many penguins which all say "Per NHL" :D

Oops. Yes, I would appreciate it if you did fix it. Sorry, Mackmoron11 let me copy his code :P —Unsigned comment by MassiveSodaDuck (talk • contribs).

I got you and berrybrick's message after I finished putting the category on stuff so it's not like I saw a message and went and did it again. If there is a problem you can leave a comment at my talk page. Thanks!TheYellowNinja 21:49, January 5, 2012 (UTC)TheYellowNinja

That's fine. Clone Gunner Commander Jedi corrected me on the same thing a few days ago. It must be Brickset using brackets. --Berrybrick (Talk) 00:53, January 6, 2012 (UTC)

why do you guys have to go a delete everything. do u know that people work hard to edit here. and you and knighthawk delete all my stuff?

This is the third one I have ever given out. klagoer

Retrieved from "https://brickipedia.fandom.com/wiki/User_talk:Zaersk?oldid=788909"
Community content is available under CC-BY-SA unless otherwise noted.