The Vahki are robotic order enforcement squads from the fictional LEGO BIONICLE storyline; mainly the first half of the BIONICLE Adventures story arc.

The Vahki were designed by Nuparu to help keep the peace in Metru Nui, and were produced en masse by the city's Po-Matoran. With the ability to transform from a biped to a quadruped state, the Vahki were programmed with one directive: to stop lawbreakers by any means necessary. Though Vahki often tried to stop the Toa Metru, they were not evil and obeyed any order they were given by Turaga Dume. They did not knock on doors - they smashed them down. One thing that did deter them a bit was deep water - even the Bordakh model, which were better adapted for swimming than the other kinds of Vahki. Their speech was normally in inaudible frequencies, which were translated for Dume by special equipment. Each Vahki was also equipped with a built-in Kanoka Disk launcher and some flight ability.

When Makuta revealed that he had been posing as Dume for some time, he absorbed the city's entire power grid to increase his power quickly. Most of the Vahki that were in their hives were destroyed by the feedback power surge, but the survivors changed... Their speech was now at normal speed and frequency, can repair themselves, and their staffs could now destroy anything in their path. Most importantly, their programming was twisted: they decided that order could best be kept in the city if nothing was left alive. However, even this new ruthlessness did not protect them when the Visorak invaded the city; and all Vahki have been destroyed.

At present, the Matoran have no interest in rebuilding the Vahki. However, it is possible that the Dark Hunters or the Brotherhood of Makuta may have gotten their hands on Vahki technology.[1]

Nuurakh patrol the district of Ta-Metru, and prefer to strike with swift ambushes. At times when they can't find lawbreakers, they have been known to start fights with each other that other Vahki have to break up. Nuurakh carry Staffs of Command that fill a target's mind with one single directive that they will follow until the stun wears off hours later.

Bordakh, the Vahki assigned to Ga-Metru, loves to chase offenders and have even been known to let targets go in order to continue the pursuit. The Bordakh's Staffs of Loyalty make victims such zealous supporters of order that they will even help the Vahki apprehend their friends.

Vorzakh, peace keepers of Le-Metru, won't let anything stand between them and a lawbreaker - literally. They will level everything in the path of their pursuit. Their Staffs of Erasing can temporarily eliminate a target's higher mental functions, leaving only their motor functions intact; Le-Matoran have gotten used to seeing these sorts of victims, known as "shamblers".

Zadakh, who are the enforcers of Po-Metru, are fearless to the point of recklessness and are always eager to jump into a fight. Their Staffs of Suggestion leave victims willing to follow orders from just about anyone for several hours.

Rorzakh patrol Onu-Metru and are relentless in their pursuit, continuing even if it means their own destruction. Their Staffs of Presence allow them to see and hear everything that their target does, often without the target even being aware that the Vahki are eavesdropping.

Keerakh, as befits the future-focused district of Ko-Metru, have an uncanny ability to deduce a target's destination and then get there first. Toa Nuju used this to his own advantage in searching for the Ko-Metru Great Kanoka Disk: in trying to beat Nuju to the Disk, the Keerakh led him directly to its location. They carry Staffs of Confusion that distort a target's sense of time and place.

When regular Vahki cannot contain a disturbance; a bigger, specialized machine may be called in (though the Kralhi is a retired model):

Unlike the Vahki, who have a central mechanism governing their intelligence, the Kraahu's knowledge centers are located throughout its body. The advantage of this is that the Kraahu can actually split apart and send its individual pieces to act independently. This allows it to challenge multiple foes by sending its six legs off in six different directions, while its other compoments monitor the area and defend against attacks. As a single unit, the Kraahu is capable of sending out clouds of stun gas. This gas is also used in the Onu-Metru Archives to put Rahi in stasis. Kraahu parts also give off a powerful electrical shock when touched.

An extremely specialized Vahki model, the Kranua is called into action less than even the Kraahu. Powerful and bulky, the Kranua is capable of changing into living sand, sliding through cracks or gratings, and changing back.

When the Toa Metru were searching for a way back to Metru Nui, they encountered the Kranua and Vakama managed to turn it to solid glass. Matau made the finishing touch by toppling it over and smashed to pieces.

The Kralhi were the prototypes of the law enforcers. They were scorpion-like machines that would absorb energy from law breakers to tire them out. Because of this method, workers became too tired to work from the Kralhi's effect, leading them to be replaced by the Vahki and driven out of the city. The majority of them have been destroyed in a large battle in the underground river leading to Mata Nui. It is uncertain as to how many remain. Many of the Kralhi joined with an underground - dwelling Matoran named Mavrah who studied water Rahi against Turaga Dume's will. The Toa Metru caught up with him, followed by Vahki, and a four-way battle between Kralhi and Rahi, Vahki, and Toa began. Mavrah soon saw the error of his ways, but water caused him to drown.

The Kralhi is a combiner fof Onewa, Vakama and Matau. 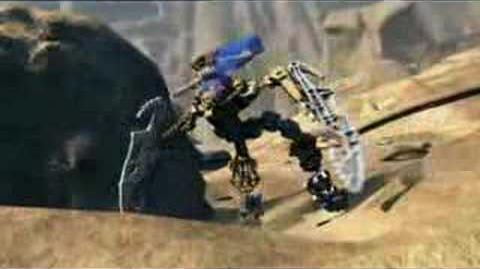 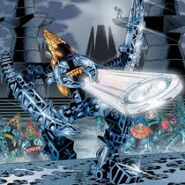 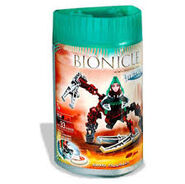 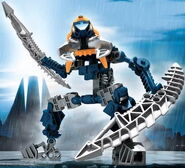 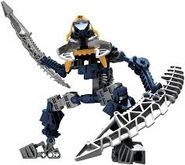 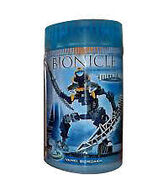 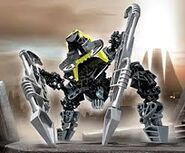 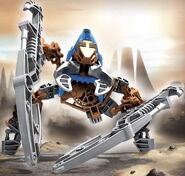 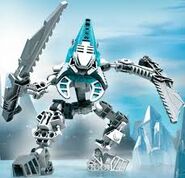 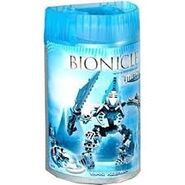 Kraahu
Add a photo to this gallery
Retrieved from "https://brickipedia.fandom.com/wiki/Vahki?oldid=1933260"
Community content is available under CC-BY-SA unless otherwise noted.