"Oh, you do not wanna mess with an Avenger!"
―Wasp in LEGO Marvel Super Heroes 2

Janet van Dyne is the daughter of a rich scientist. After her father's death she became the heroine Wasp, and worked together with Ant-Man who she had fallen in love with. Later on, she and Ant-Man both became original members of the Avengers.

Janet van Dyne is the wife of Hank Pym who works with him.They later worked on a mission but suddenly Janet died during the mission. 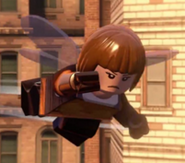 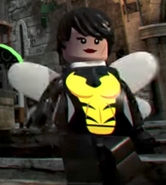