Weezil is an evil knight from the Knights' Kingdom line released in 2000. Weezil was Cedric The Bull's trailblazer. Weezil is an expert at finding new trails, and even the most impenetrable forest cannot prevent him from doing his job. Because of Weezil, no one ever knows where Cedric and his men are hidden. Besides this, Weezil is the master of making traps and snares. According to the game manual of LEGO Creator Knights' Kingdom and the Knights Kingdom Minifigure Handbook he is also Cedric's adopted son after he was found by Cedric at some point abandoned and alone in the forest. 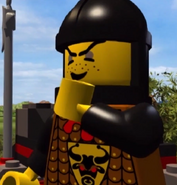 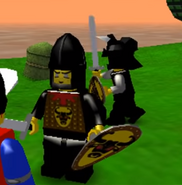 In Lego Island 2: The Brickster's Revenge 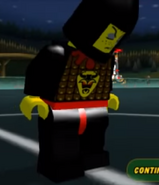