Wolverine has the same black slicked up hair as the Vampire from Studios. His face has sideburns and is double-sided with straight faced and angry expressions. His torso is yellow with printing to depict his costume while he is with the X-Men, hence the belt. He has two earth blue stripes running down both sides of his torso and onto his yellow legs. There is back printing depicting how the suit fits against his back, at the top of the torso is part of his iconic mask (depicted as a hood), the continuation of the blue jagged strips and the belt. His arms are light nougat and his hands are dark blue, depicting him as sleeveles with gloves. He comes with two new claw parts which are also used on the Monster Fighters Werewolf. Similar parts were used in the Prince of Persia: The Sands of Time theme.

Wolverine is a combination of different types of Wolverines from the comics, as the suit Wolverine wears is based on his X-Men one which appears in dozens of comic books, while his maskless face and hair are from different comics than the suit.

In LEGO Marvel Super Heroes, Wolverine is identical to his physical appearance. If Wolverine loses all of his hearts, he doesn't fall apart like normal minifigures, instead he becomes an adamantium skeleton.

He teamed up with Captain America and Mr. Fantastic aboard the S.H.I.E.L.D. Helicarrier to defend.

At one point he fought Sabretooth. 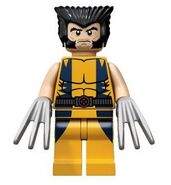 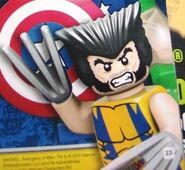 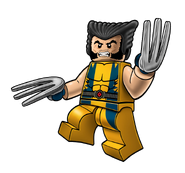 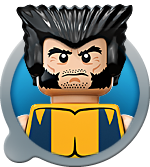 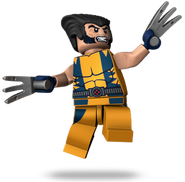 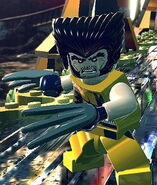 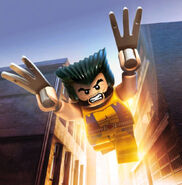 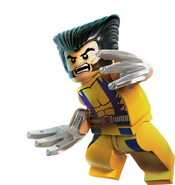 Retrieved from "https://brickipedia.fandom.com/wiki/Wolverine?oldid=1561289"
Community content is available under CC-BY-SA unless otherwise noted.