Zander is a male Minifigure character from LEGO Star Wars: The Freemaker Adventures.

Zander is the eldest son of the family and a mechanic who specializes in creating new ships and devices from leftover components. He hates his creations being called "Uglies", preferring the term "Z-Wings," and has a considerable crush on Naare, until he finds out that she's a Sith. 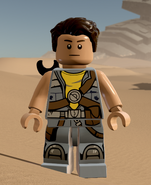 Add a photo to this gallery
Retrieved from "https://brickipedia.fandom.com/wiki/Zander_Freemaker?oldid=2010522"
Community content is available under CC-BY-SA unless otherwise noted.
... more about "Zander Freemaker"
RDF feed
Appearances
75147 Star Scavenger +
ArticleRating
3 +
Image
sw0849.png +
Img1
Zander_Freemaker-75147.png +
Img2
sw0849.png +
InfoboxTemplate
Minifigure +
ShopDescription
Zander is the oldest of the three Freemake … Zander is the oldest of the three Freemaker siblings. Although he likes to think of himself as a charming rogue and an ace pilot, Zander’s real talent lies in his ability to put pieces of old, broken starships together to make all-new designs that he proudly names “Z-wings”…even if everybody else who sees them calls them Uglies. He may be reckless and impulsive, but his creativity and ability to build without instructions can really come in handy in a pinch.tions can really come in handy in a pinch. +
Theme
Star Wars +
Title
Zander +
Txt1
Regular +
Txt2
Tan Jacket +
Years
2016 +